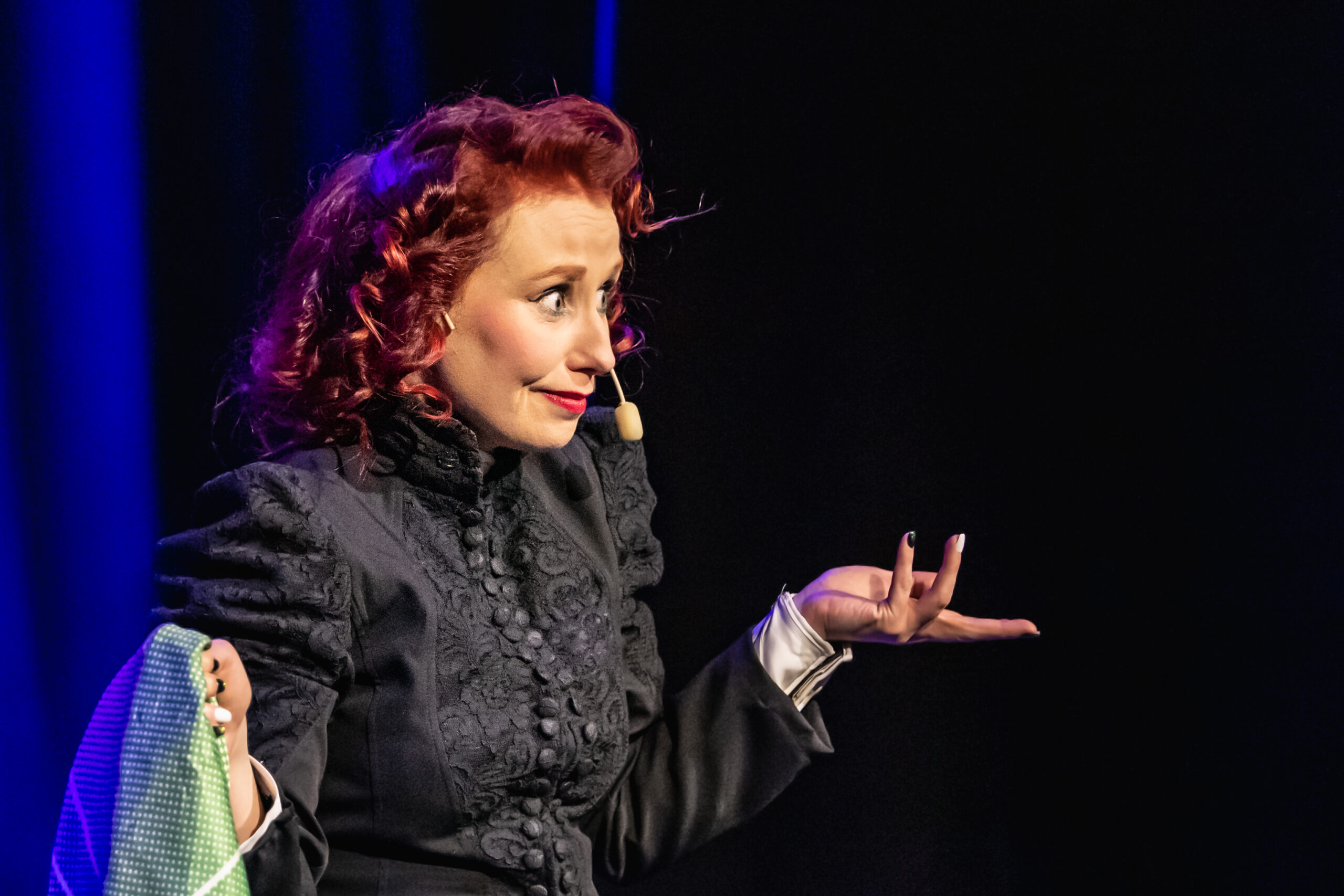 Who knew that building a table from scratch would drive me to almost loose my marbles?

After I was told by the judges I’d made it through to the Semi-Finals I was over the moon (pun intended), but terrified – Queenie Jelly terror – at the thought of knowing I didn’t have long to bring a brand new act together. You can catch up on the beginnings of this in last weeks post here.

Climbing a mountain to build a table!

After building the act I knew that I needed a table to house all the props I required. To dump props, pick up some – magicians you know the drill. On a side note, I do plan one day to build an act that doesn’t require a table. As if you haven’t noticed – the performers out there that is – backstage at most magic shows is like an episode of the Antiques Roadshow with all of different shapes and sizes of tables positioned ready to be brought on and off stage.

The first darling to bite the dust as it were was a beautiful idea I had with the ring – if I do say so myself!

I LOVE palindromic routines. Routines that end as they begin. My first idea was that a small ring would magically morph into the larger ring that Tim star made me. In rehearsals I thought wouldn’t it be amazing if at the end of the routine the larger ring returned to the size it was at the beginning and then simply vanish. (I still intend to do this ending however in the time frame I had to create this act there was literally no time to make this happen and I tried).

During the process of inventing some crazy ideas and methods for it to change size I discovered so much about myself as a performer.

Lesson 1: Do not compartmentalise

Sometimes, most times… ok all times we tend to focus on what we know and build our ideas on what we know right in the current moment. And if we cannot find a solution near on immediately, we give up – I’d like to personify this feeling I regularly felt when creating and I have called is – a life and death moment of creation!

If something cannot be achieved in the only way we think it can it’s so easy to simply give up. Or keep on trying that method in different ways believing it will eventually work, even though we know that it is simply not complete. What we need to do instead is to use everything at our disposal and not be afraid to venture into the unknown.

It’s ok to not know the solution to your problems – right away!

In fact, sometimes space and letting an idea fully formulate in your head before you make rash decisions or choices can be of great help.

Asking for help or advice from people you trust works too. But I also find – thanks to Tom – you must let yourself have enough space to try and figure out a solution yourself. I guarantee your solution to a problem will be completely different to someone else’s.

Remember: There are no rights or wrongs in the creative process – just a length the path takes. So stop directing yourself right now and allow yourself to be carried away and have fun!

Lesson 2: Jumping over hurdles to get to the goal requires help sometimes!

In my situation I literally had two days to build my table once I had developed the act. So I really did need to call in help from friends. For 48 hours both myself and Tom did not sleep – me rehearsing the act and him building the table. It was intense but we both had to (several times) admit defeat, have a cup of tea, a lolly (Piggelin) and return refreshed ready to look at things from a new perspective.

It is ok to ask for help and you are not a failure for doing so. When we combine ideas and knowledge we get to our goals far quicker and more efficiently that we ever would on our own. But whatever you do at least try to do it yourself first.

The amount of times I have had amazing moments joy when I figure out something myself – that adrenaline rush is like no other in life, trust me!

During the two days prior to me going to the t.v studio, I have never pushed myself or worked as hard in such a condensed period of time than I did on this act! And in the end, somehow we managed to pull it off. Even though the ending I had dreamt off originally was not meant to be.

But… I still required an ending for the act.

Lesson 3: Giving up your idea is not defeat!

I chose rather than to waste more time on coming up with another “clever” method to make the larger ring vanish at 3am – to go left field – and do the complete opposite to a vanish, a production!

The question and problem became (once I’d let that darling go) what was it I was going to produce?

Personally, I wanted something girly as it really was one of my goals taking part in Sweden’s Talang to inspire women of all ages (by seeing me on stage performing top class magic and sleight of hand on national television) to do the same.

That the stage is something they do not have to hide upon, follow others onto or be told what to do, wear or how they should perform on it. I performed the magic I created and wanted to perform the way I wanted to perform it. I was unashamedly honest and myself through the entire process.

I wanted to show girls, women all over the world that if I could take full control of my magic, take centre stage and own it, doing what we love then others could, should and would too!

I decided upon producing something I thought I could get my hands on easily and that was flowers. Roses to be precise. However, it was still winter it was so difficult to get my hands on these props. After much searching I finally found some that were suitable.

Side Lesson 3.5: When you see something and say to yourself “oh that might be useful,” buy it, immediately, because when you actually go to look for it again it won’t be there. I realise this is perhaps why all the magicians I know are serial hoarders (yes George I am thinking of you here).

After developing a way to produce the roses I was ready to compete… well I say ready… nothing can prepare you for competing in a competition at this level. Particularly one that is decided by public vote.

I personally would not change my journey on this programme for the world – apart from getting to the finals and creating another act for you all – even though it would have killed me (and Tom) to create it in just five days time! However, we will save that act for my next bodacious adventure.

I learnt so much about myself and what I can endure for my love of this art form and my desire to reach goals that I never thought would be possible.

I managed in the period of 6 months with deadlines (big ones) to build two new original magic acts that I would be delighted to present in front of anyone, anywhere in the world! I am so proud of what I did and I believe in myself and my abilities a hell of a lot more than I did before walking onto the audition stage in October 2021.

Please remember when you are too in a creative process…

Nothing is difficult – just new!

Failing to achieve ideas exactly as you envisage them is not defeat. You are just putting them to rest whilst you come up with another ingenious plan – those original thoughts will always in the bank waiting to be withdrawn and used in your future magical adventures.

Competing is a way to push yourself and achieve goals. If competing is too scary set a deadline to perform something in front of your friends and DO IT! We are all crap to begin with and the only way to improve is to keep on doing the crap stuff until it becomes good. Until it sings loudly and proudly for others to enjoy!

Our potential is inside us – but we do need to push ourselves beyond our fears and out the other side where there is a darling (or two) waiting to be annihilated with one fell swoop of your imagination.

I promise you, letting go will bring you immense joy – and many, many late nights. There’s no Cinderella in being an artist, but one day the slipper just might fit!

No Comments on Is talent the new superpower (8) Killing your darlings isn’t that bad Part 3/
Share :