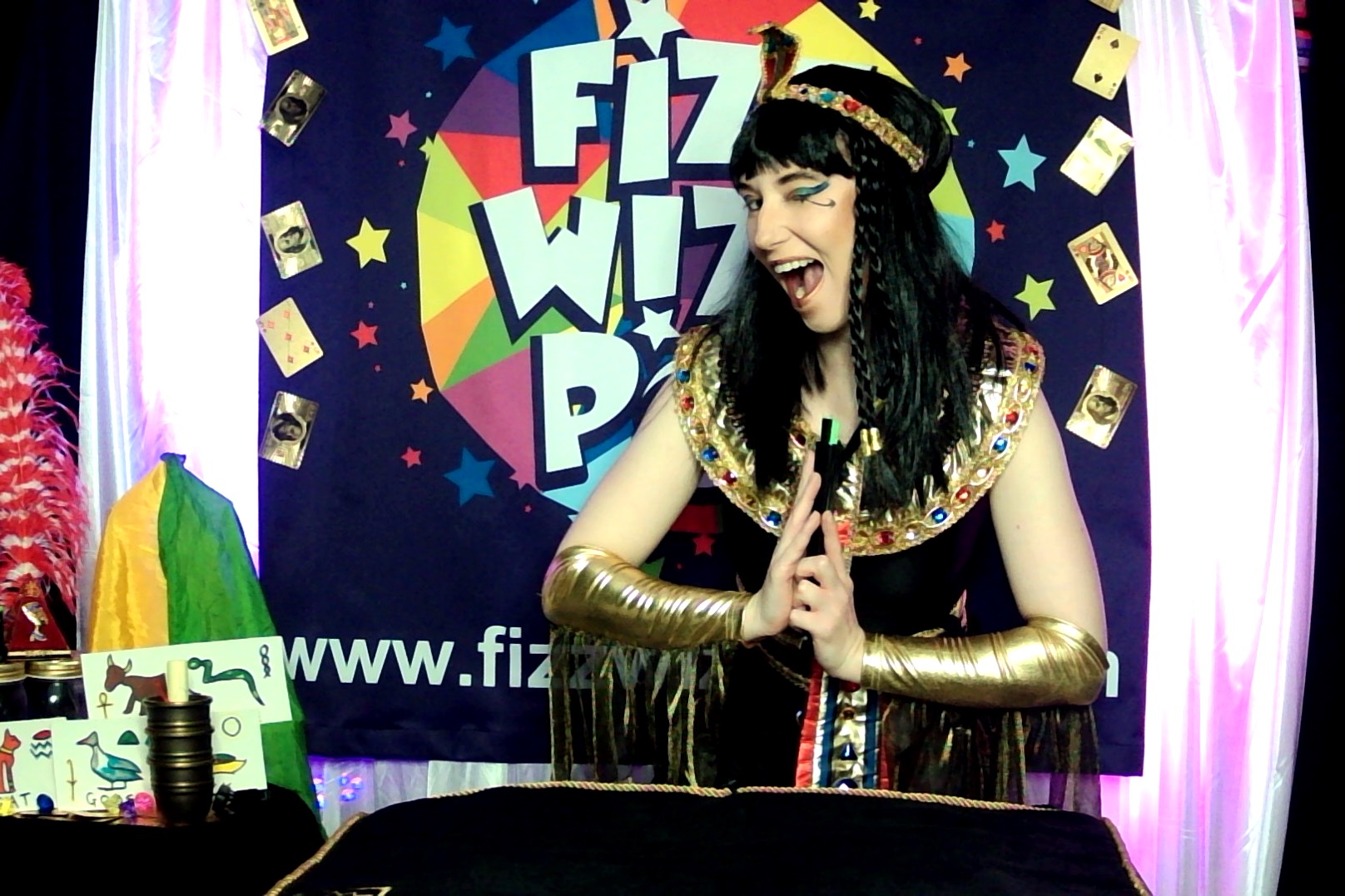 Creating new material to perform can be hard work. This process is made easier by adapting a strong theme or character. Some of the strongest material that I’ve ever made was born out of creating seasonal shows for Halloween and Christmas events.

One reason behind this is that shops are filled with seasonal junk. Or as I like to call it, performers lore. Inspiration for decorating, creating and theming parties is in excess. Perfect for us magi to get ideas for themed shows.

The fundamental motifs found in seasons like Halloween and Christmas have just the right amount of characterisation built in. They’re traditional! Colours are specific to these opposing seasons. There are songs, well-known figures, items and a treasure trove of stories to borrow from.

1. Find a powerful and recognisable theme.

When you are create for family shows the more visual your theme is, the better!

Bringing to life a cliche figure and trivial theme that all audience’s can recognise is a great foundation.

If by observing your costume, make up and set alone the audience can guess what your show is about, you have created a very strong theme.

Here are some theme suggestions. Some I have tried and others I intend to have a go with in the future.

Once you establish a solid theme the next step is to,

Familiar tricks are a great platform to use in creating new material for themed shows. There are two reasons for this.

In my pirate show, I took the very old mathematical effect, “The Tail of 9” and turned it into a treasure hunt on an island.

Being FizzWizzPop I have added little touches to complete the theme. Making the effect unique for each performance.

Themes can on occasion elevate effects and provide logical emotional links. Give it a go. Remember there are no rules in creating good magic!

3. Set your scene and imaginary world

Making the effort to get a good appearance when theming shows is vital. What I mean by this is that your appearance, the set and props all need to come together. If you manage to do this correctly it will make sense of the content, character and ultimately the entire performance.

It just takes a little effort to create different worlds for an audience to believe it. If you were performing a Shakespearean show, you would use a quill and ink to write on a scroll rather than a pen and A4 paper.

Take time to add in props or alter magic effects your already have to suit the theme. Your audience will notice and be grateful you did.

Backdrops can be changed easily and added too with coloured ribbons, balloons, playing cards, cobwebs and fairy lights. You would be surprised how little you need to do to alter your backdrop. Here are a few pictures below as an example.

This idea for creating themes you might notice I capitalise on in all my shows. I cannot emphasise how important music choice is for me. I spend hours every day listening to songs.

Music adds so much to performance!

It is responsible for setting the scene, the tone and rhythm. If you take time in choosing suitable music alongside a theme, it can elevate your performance. Even make an audience like you and the show more – particularly if they recognise the tune. Music connects people in a strange magical way.

So do take some time to make good music choices.

I wanted to tell the tale of the oldest magic trick in the world to kids through one of my shows.

And I ended up writing this song. I knew that if my audience didn’t know the lyrics they mightn’t follow along. Then an idea struck…

If I sang the song to a recognisable tune, like Justin Bieber’s ‘Despacito,‘ there might be a high chance my audience will listen and like the song.

Even if it’s a rap… and FizzWizzPop has never rapped in her life!

And now you want to hear it correct?

I warn you all what you are about to hear is crazy – but the most fun I’ve had in a long time. And I’m delighted that I am not the only one as an adult to have found rap as a way to relive my teenage obsession with Eminem! (Yes Damien I’m speaking directly to you and I love you for telling me this).

If you want to hear it click the link below to go to my directly to my Soundcloud page.

5. Scripting and language use

Doing some research into the stories and worlds of these characters and plots you wish to bring to life you will naturally find common words and phrases to use.

Referring to an audience in a pirate themed show you might say,

Perhaps choose just one term of endearment for the audience always referring to them as that to prevent confusion.

Props can take on titles too.

Your magic wand could be called the ‘Sceptre of Doom.’

Dramatic titles can become comical parodies. Particularly when you produce a ridiculous item in the end; a feather duster.

Imagine revealing you have a pet called ‘Jaws,’ and produce a tiny Goldfish in a bowl. Giving items terms and names linked to themes helps us to bring stories to life.

Themed language and scripting can add to the hilarity and sheer madness of the imaginary world you are attempting to bring to life.

For me creating believable worlds for my audience is part of FizzWizzPop’s niche. And is part of the reason I feel children and parents connect so strongly with what I do.

If you wish to find out more about creating a magical world for children after reading this post, my first book Becoming FizzWizzPop is available to purchase HERE.

No Comments on 5 easy steps to create a themed show!/
Share :