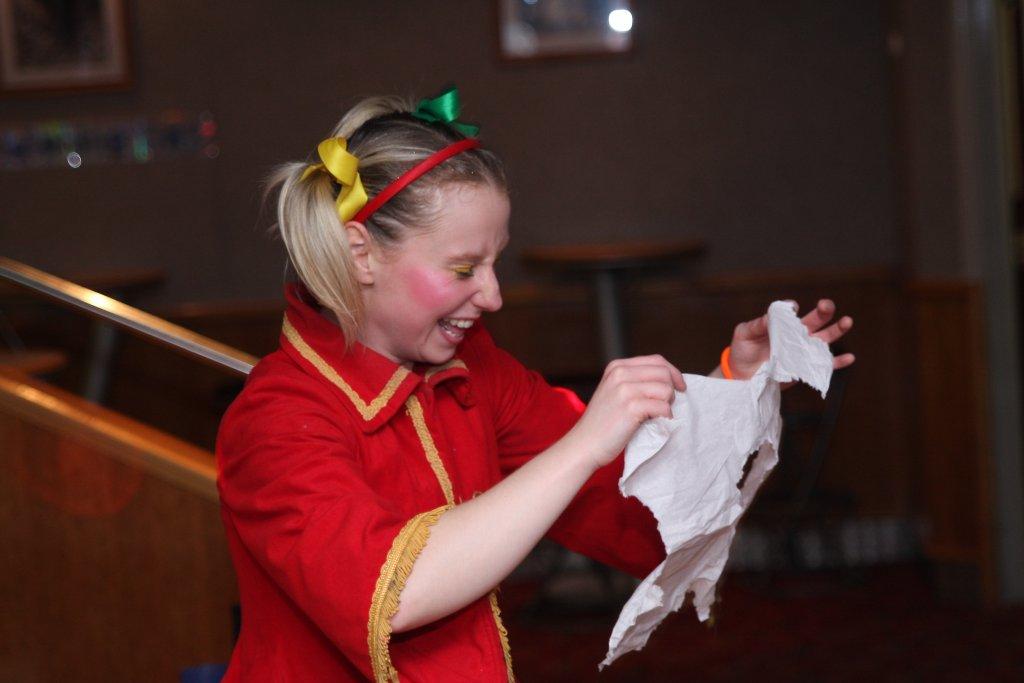 Studies have discovered that the human brain cannot effectively handle two complex, related activities at once. You either can’t do both. Or when you perform two things at the same time, you perform them badly.

The word multitasking was originally developed to describe computers – not people. The phrase is misleading as even computers can only process one piece of code at a time. Alternating between tasks, dividing their attention until all processes are done.

So far, I have talked way too much about computers and not enough about performance. However, the two are directly linked. If we are not designed to multitask then how do we expect an audience to multitask during a performance?

The answer is – they shouldn’t!

To juggle is just another illusion!

June 2020 was a mental month for FizzWizzPop! Years of spreading magic before the pandemic meant that so many people wanted to book my live show again. Generally everyone who booked FizzWizzPop, adults, kids and full communities wanted to enjoy something special together.

However, one school I visited felt a bit weird. I hadn’t actually seen this happen since my performing days in school with Cahoots N.I.

In short, the teachers all chose to put their heads down and mark work as I performed my show right in front of them.

I understand that having a facilitator in the room provides an hour break for an educator. However, the visual disparity a young audience observes effects the performance. And more importantly their enjoyment of it.

When a teacher passes the authority onto a new leader, it’s important they follow the rules they’ve already set. I.e. pay attention to the one they’ve just handed full control to. If they don’t why should the children. We lead by example.

As performers we feel it if they don’t. It’s as if this is not as important and it doesn’t really matter if you (performer) are there or not – which is a shame because to the children these extra activities mean a huge deal! They offer relaxation, fun, excitement and a chance to interact with a new person in the environment of the classroom.

It is pivotal for a groups enjoyment, particularly one with young children, that everyone is enjoying the show. That includes the leaders of the group. It makes such a difference to not only the performers experience with the group. But each child’s enjoyment of the show.

Hence as of now I am putting an enjoyment clause into my show requirements from now on. It’s all or nothing for me and when a customer asks what is needed for you to perform the show successfully for their group – part of what is needed is full participation – that includes adults because these guys are worth everything to make the magic happen!