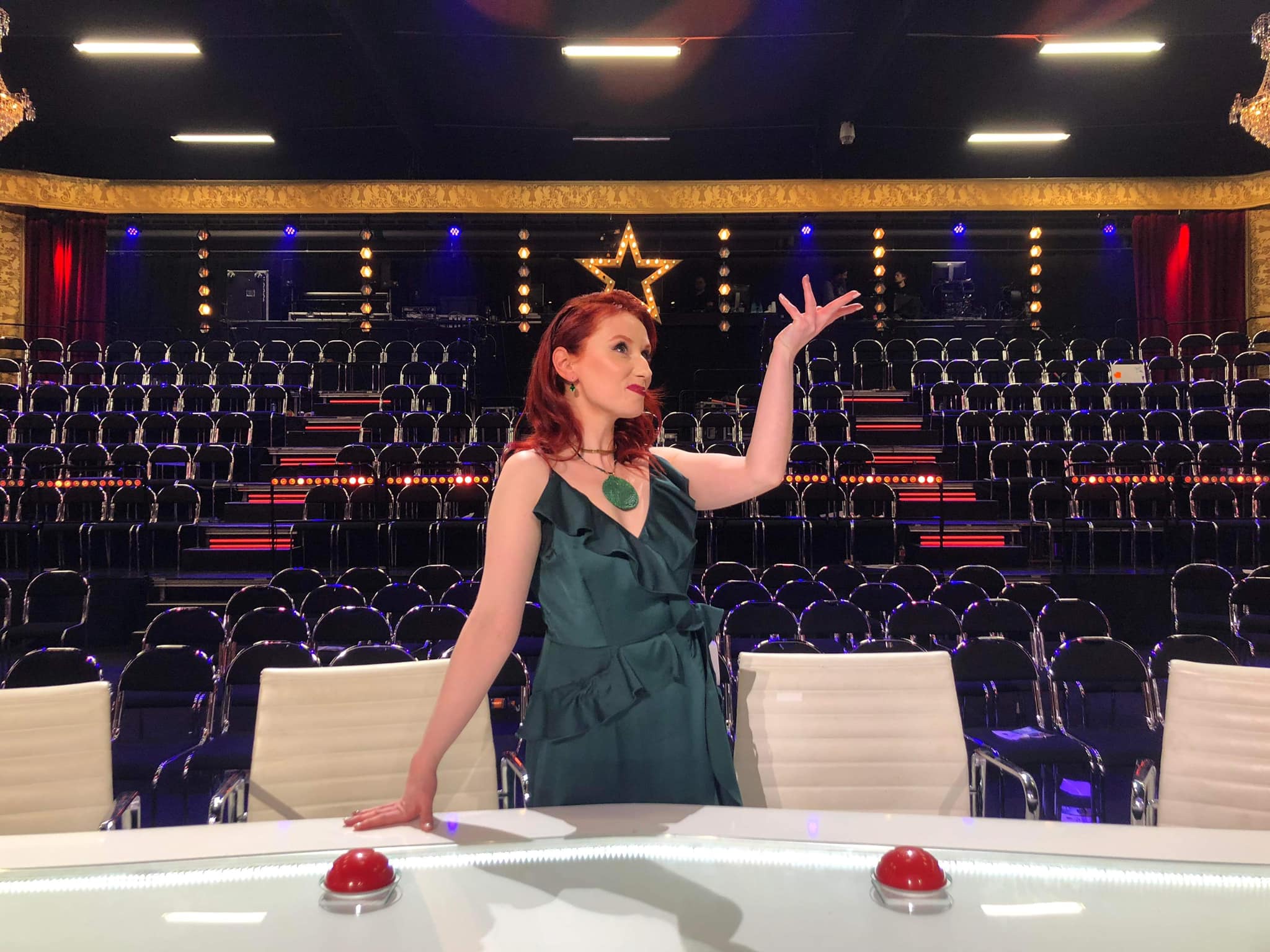 A big thing that most of us will have to face if we undergo this process is facing it alone.

Attending my audition alone was not an easy task to do. I had to really step up on the day. And, as I am not fully fluent in Swedish yet I panicked in the morning of the audition as all instructions were being delivered in Swedish. I couldn’t help but feel terribly alone. Even though I knew another act auditioning that day and a friend came to assist me it was an incredibly daunting thing to do as a solo artist.

About an hour into the day, a lovely volunteer came up and spoke to me (in English) and took me backstage for a dry run of my act with the cinematographer (the person filming my act for television). I got to meet the producers, the backstage crew and had time on stage to run through the act more than once. It was relaxed, and I felt supported. This really settled me.

What helped me greatly (being alone on this journey) was doing some mental preparation before attending my audition.

I thought a lot about the image I wanted on camera and let the camera operators know exactly what i wanted during this rehearsal on stage.

I wanted the camera lens to focus on my upper body and face. That the frame should be on me and the table and not zoom out from that. I wanted my face and upper body to fill the screen. To look big, strong and take the focus.

I took some time talking to the crew about this until I was happy they understood exactly how I wanted the act to be filmed and look to the viewers at home.

I also took time to get to know the crew working the stage. I wanted to know that the people who were bringing my table and props onto the stage knew exactly how I wanted them to be positioned. Also to be careful and not expose, or drop props etc prior to my performance. I made them rehearse this and watched them do it twice before I left the stage happy.

With so much going on on your audition day, it’s good to not worry about these little details prior to your performance. So take some time to help those around you on the crew understand what you want and need for your talent to shine.

On that note during both my performances on the show – the crew were truly amazing!

So know that in this process, Preparation is key!

Know what you want the image of your act to be and make sure that the production understand it fully too. Make sure that you are comfortable with the crew handling props, spend time with them and build a relationship so that you know you do not need to worry needlessly. This will allow you to focus entirely on your performance.

And remember, the producers and crew on the day want you to do well, they want to help you succeed. So don’t be afraid to tell them exactly what they need to do to make that happen for you.

No Comments on Is talent your new superpower (4) Auditioning alone!/
Share :