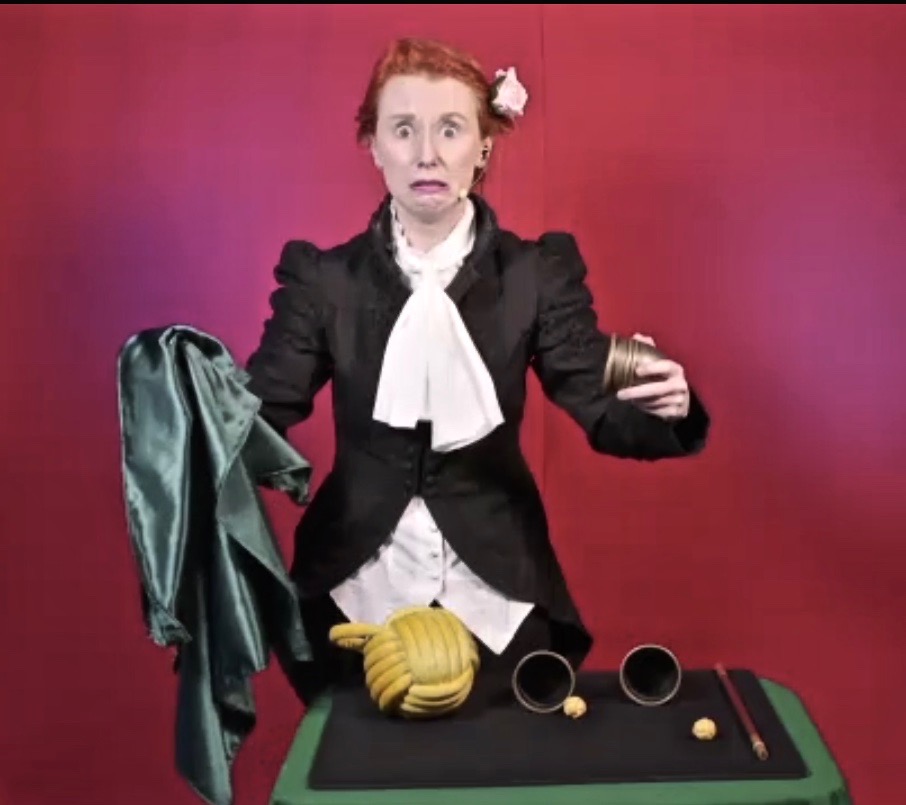 One of THE most difficult things to cope with in this entire process was change. If you are not flexible and willing to try everything you can for your performance to be the best it can be, reluctance to change will bring you down – fast!

The turnaround for deadlines on these television talent shows is minuscule in terms of creation the further you go in the competition. From the audition to the semifinals, it’s a matter of a month. From the semis to the final depending on scheduling can be a matter of days.

Some people when they enter a competition like this they have it all planned. And others just wing it. But trust me a good plan will only go so far and I believe that the best approach is to have a general idea of what can be performed and then as you make it through each stage of the competition you choose the best material that complements the stage you are at on your journey. Let us go back to my audition.

In the beginning aim to emerge strong young Padowan!

For my audition I chose to perform a solid piece of magic A piece I had worked on and developed for three full years at that point – my version of cups and balls. Why? Mostly because this was the piece was up for stretching and changing to suit the performance settings because it had already developed so much across a three year period. Also, I had already managed to perform it in several live settings and won some awards with it too. At one stage, this act was seven minutes long, had a huge final load and I was like an insane conductor performing it – my word how it has changed!

And in the beginning I really, REALLY did not want it to change the choreography. I believed I had hit the holy grail with this piece and I loved performing it, there was nothing that could have made it better.

In a weird way, if I didn’t have the goal of performing this routine on television the piece would’ve taken a lot more time to become the piece it is now. And what a piece it is. I have wanted to create magic like this since watching Lance Burton performing his FISM act the first month I got into magic. It has only taken me fifteen years to get there.

Acceptance is key to growth

Accepting that things will change and need to as part of this creative process is vital. When performing magic on television you have hit people up the bake (face) with your magic right from the beginning. Cups and balls is usually a slow burner. So there were several tactics I used to make this routine more visual and magical for screen.

2. I simplified the choreography by only using the strongest moves I had in the routine and ditching the other showy off moves I inserted just to show that I could do them.

3. I got rid of the original music and character and began to feel my way through the piece till I finally found a character that wasn’t exaggerated or made up, one that was an extension of me.

5. The last step was I added a brand new piece of music and the act was born!

By taking away all the unnecessary moves, choreography and character ticks I discovered that this piece could be beautiful. I could be beautiful performing it – who knew! Less really is more. And killing your darlings can lead to something wonderful being developed. Trust the process.

No Comments on Is talent the new superpower (6) Killing your darlings isn’t that bad Part 1/
Share :