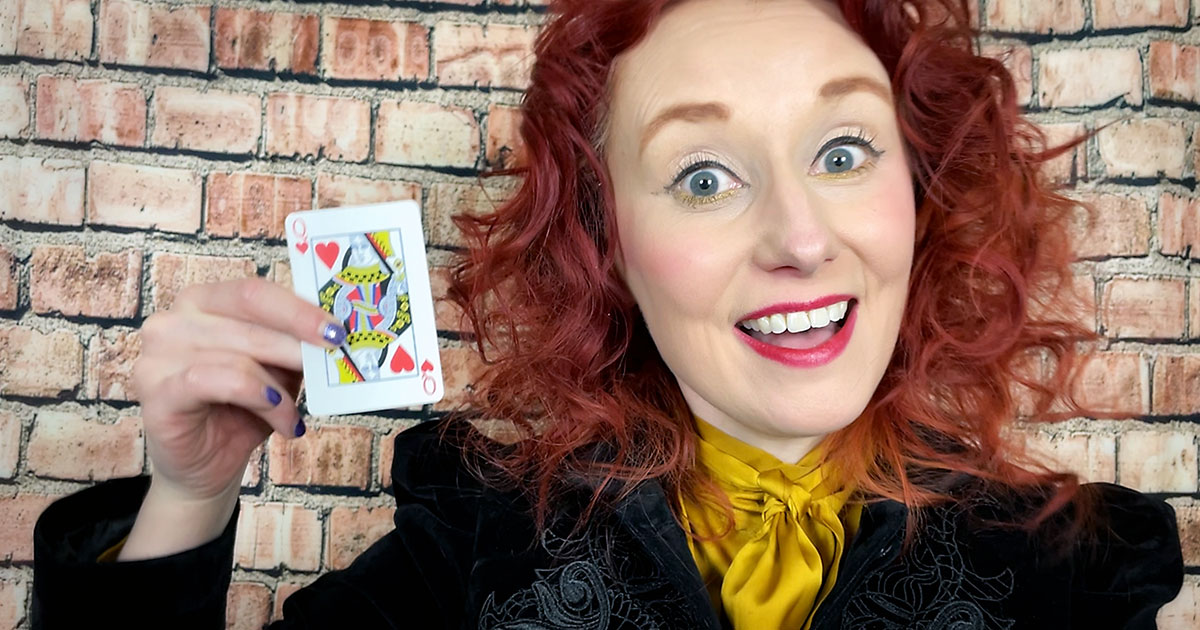 As I buried my head in the arms of a master magician, I cried

“Why can’t I be the performer I wish to be?”

Let me begin at the beginning…

I did an interview with a very dear friend of mine. I’ll not reveal who until the interview goes live. I suggested, as I’m being interviewed as a magician, it would only be right if I showed some.

It’s been three years since I have had an opportunity to perform regular close up magic for people. In fact I never actually go it off the ground. In 2019, I won the British Championship, performed at the Magic Castle and then the world fell apart.

I love my kids character, FizzWizzPop, and the only reason she is fucking good is because of practice and experience. I’ve performed shows week in week out for children for the last fifteen years. Being the busiest children’s entertainer in Northern Ireland I took every gig there was going to craft my skills.

I haven’t had the chance or opportunity to find a regular spot as a close up performer in Northern Ireland. Most venues are struggling to stay open let alone take on the extra risk of having a magician. When I was prepping for this interview – I felt that I could be better. I yearned to be better. I want to be as slick as FizzWizzPop but performing for adults. And, I know that this will not happen without practice. Stage-time and above all time to have battled failure.

Failure is that inescapable part of success. You cannot have one without the other. Trying to become good at something always begins with a step. What if on that first step you not only believe failure is inevitable but success is too quite possible.

It’s all in the mind

I figured out that I have a genuine fear. It has accumulated in my head over the years. The fear is – that I might be shit at card tricks. Before I’ve even begun performing them I believe I will fail so intensely that I give up before I’ve even started.

After practicing, performing and failing to perform the new card trick I wanted to show in the interview. I felt like an absolute idiot and I found myself wishing I could be better. I knew the performance wasn’t good enough, simply because I have no real outlet to perform these effects.

What better way to fight these feelings of inadequacy than to push through it.

I reset and with Tom’s help we stayed up until 3am recording the fuck out of the effect. I got it so wrong in more ways than one. Even in ways that none of us thought were possible. I marvelled over Tom’s patience as I struggled. All whilst reminding me that ‘it is fun’ no matter how many takes we had. (For the record it was only 18 times, ok!).

In the end I did it. I got through the trick in all it’s entirety. I found myself shouting out loud at 3am – “I am good at card tricks – you bastards!”

So the moral of the story is don’t give up. I didn’t and I know many others would have. To become a good magician one must fail. And if you’re going to fail – fail marvellously. Only then will you bask in the glory of being terrifyingly brilliant at something in the years to come.

For your delight and delectation – my performance of Gossip Queens – HUZZAH!